The Charan Singh Archives (CSA) three-year project of re-publishing the 'Selected Works of Charan Singh’ was completed in July 2020. This collector set of 7 books in library binding is available from CSA (please email info@charansingh.org) and makes an ideal acquisition for private and public libraries. This set is specially useful for students of economics, political economy and Gandhian alternatives, academicians in general, social and political activists, politicians and policy makers.

The relevance of Charan Singh’s ideas today informs us how little India’s situation has changed fundamentally since Independence in 1947. We continue to struggle with an agrarian crisis where 67% of our impoverished population lives in the villages and 47% is engaged in non-remunerative agricultural livelihoods with just over 15% of the national GDP.

Charan Singh proposed a Gandhian alternative through his 60-year public life, one that urban Indians can reacquaint themselves with today through this set of 7 books written by Charan Singh between 1946 and 1986. These are Abolition of Zamindari: Two Alternatives (1947), Joint Farming X-Rayed: The Problem and Its Solution (1959), India’s Poverty and Its Solution (1964), India’s Economic Policy: The Gandhian Blueprint (1978), Economic Nightmare of India: Its Cause and Cure (1981) and Land Reforms in U.P. and the Kulaks (1986). The 7th book is a ‘Summary of Selected Works’ which provides easy-to-read summaries of each of these 6 books, and excellent accompaniment to the original texts. Singh wrote, in addition, scores of books and political pamphlets as well as hundreds of articles on the need for centrality of villages and agriculture in India’s political economy and planning. His ideas proposed less industrial, more hand-made and self-sufficient rural and local economies in India.

In addition, as Covid strikes at the heart of human activity, the ugly innards of the urban, post-industrial exploitative structure lie fully exposed. Our rural brothers and sisters flee the slums of the cities for their villages from where, ironically, they had migrated to earn a living. In Singh’s ideal world there would have been no need for peasants or the landless to flee the village, and our megacities would not have become the capital sinks of an ecologically unsustainable life. Only the most diehard proponents of industrialism and modernity envision a majority of our rural brethren moving to urban slums.

The Charan Singh Archives dedicates this collector set of 7 books to the memory of all those who sought a new dawn for India in Gandhiji’s Swaraj as a peaceful spiritual, political and social revolution. These books plead for the centrality of villages, agriculture and hand-made local industry in India’s political economy. Singh believed deeply in a democratic society of small producers and small consumers brought together in a system neither capitalist or communist but one that addressed, as a whole, the uniquely Indian problems of poverty, unemployment, inequality, caste and corruption. Each of these issues remains intractable today, and his solutions as fresh and relevant to their amelioration and ultimate eradication.

Singh’s ideals, friendships and character took shape during the mass movement for Swaraj and freedom from colonial British rule led by Gandhi’s Congress. His private and public life was one, his incorruptibility recognised by all. Singh believed deeply in a democratic society of small producers and small consumers brought together in a system neither capitalist or communist but one that addressed, as a whole, the uniquely Indian problems of poverty, unemployment, inequality, caste and corruption. Each of these issues remains intractable today, and his solutions as fresh and relevant to their amelioration and ultimate eradication.

Charan Singh was born on 23 December 1902 in Meerut District of the United Provinces (now, Uttar Pradesh) in an illiterate tenant farmer's modest village hut. His mental fortitude and capability were recognised early in life and he went on to acquire a B.Sc., M.A. in History and LL. B from Agra College. He joined the Indian National Congress at 27 in the struggle to free India from British rule and was imprisoned in 1930, 1940, and 1942 for his participation in the national movement. He remained a member of the Legislative Assembly of Uttar Pradesh from 1936 to 1974 and was a minister in all Congress governments from 1946 to 1967 which provided him a reputation as a clean and clear-headed administrator and upholder of the law of the land. Singh was the state’s first non-Congress Chief Minister in 1967 and again in 1970, before his tenure in 1977 in the Union Government as Cabinet Minister for Home and then Finance. This journey culminated in 1979, when he was made Prime Minister of India. Over much of the 70s and early 80s he remained a figure of major political significance in Indian politics and passed away on 29 May 1987. 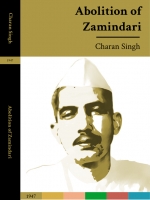 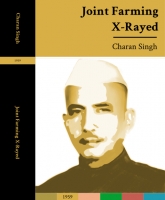 Joint Farming X-Rayed: the Problem and its Solution 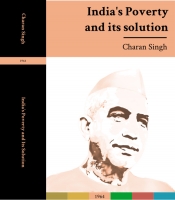 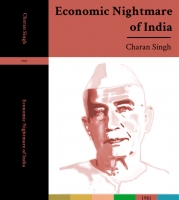 Economic Nightmare of India – Its Cause and Cure 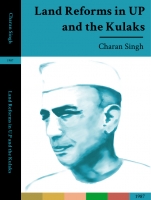 Land Reforms in UP and the Kulaks 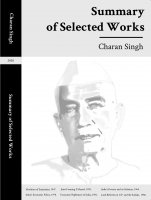