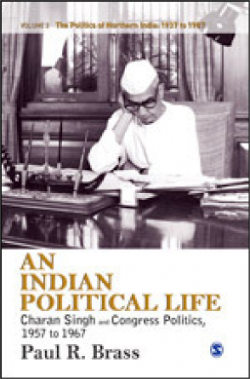 This volume traces the course of development of Charan Singh's discontent in the Congress, which aided by the antagonism on the part of Nehru and his daughter towards him, and the decline of the Congress as the dominant party in Uttar Pradesh, led ultimately to his defection to form a new political party and, at last, to achieve his goal of becoming chief minister of UP.

Like the earlier volume, this book is based primarily on the author's personal relationship with Charan Singh during his political career and early access to his massive political files and the author's own personal interviews with politicians, other public persons, peasants, and others over 50 years, up to the present. It also provides an account of the chief ministership of Sucheta Kripalani—a political outsider catapulted to the top by the power struggles of fractious factions—and at the same time explores against the backdrop of regionalism in UP the considerable yet little-known role played by Charan Singh in issues of states reorganization for northern India.

This book is the second volume of a multi-volume work on The Politics of Northern India: 1937 to 1987.